Inspired by Jamal “G.R.I.T.” Früster and seeing a need for true, unadulterated chiropractic on the campus of Cleveland University. Eight men started the journey of starting the journey to founding a chapter in the Kansas city metro. After months of meetings, lessons, and tests: six men packed into a minivan and made the trip to the Alpha chapter in Davenport Iowa. After six hours of driving, the men arrived at the house at 11 pm on December 2nd, 2020 and the process started almost immediately under the direction of Brendan "Inferno" Collins-Bride. The men were tested nearly non-stop until they reached the finish line, crossing around 5 pm on December 5th. Through the test and trials, all six men were changed and bonded together for a lifetime. There was heavy pressure placed on these men during the process they were pushed to limits they did not think they had. Through it all, the only thing that broke was the rear bumper of the rental car. To keep everyone together and in good spirits, several rally cries were adopted; "Embrace the suck", "trust the process", and "LITHTOSCM". Upon returning home on December 6th, the men took that night to rest with their families before starting back to work the next day.

After solidifying the framework for the chapter to grow correctly, the first process was started in February of 2021. Of the men invited to the orientation, only two men were worthy of gaining entry to our sacred brotherhood for they showed that they are truly, madly, deeply in love with chiropractic and this fraternity. 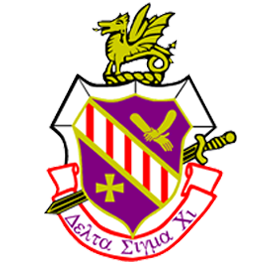 Contact the Rho Chapter of Delta Sigma Chi by using the form or the contact details on this page.